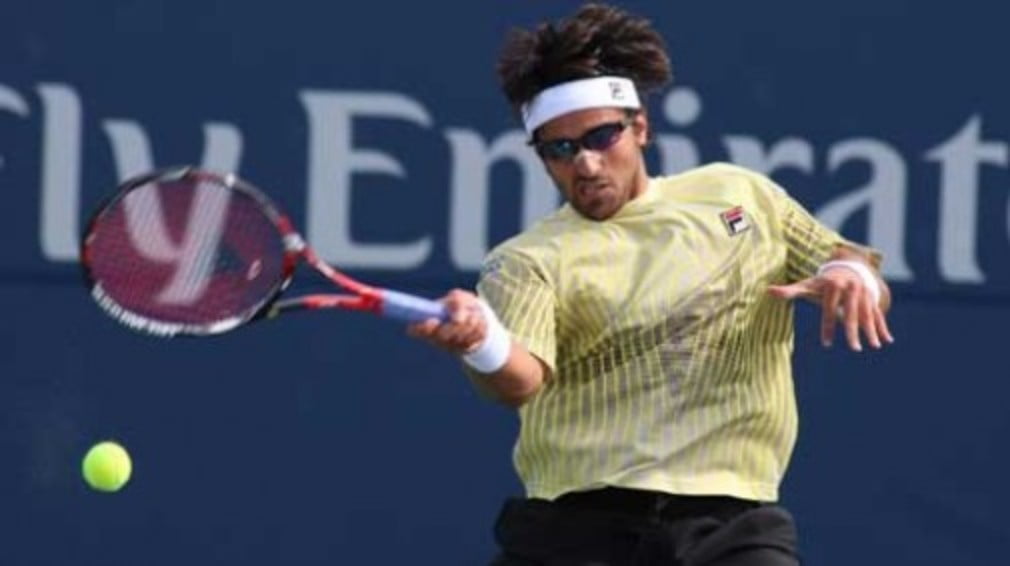 We didnt have to wait long for the first major upset of the 2008 Olympic Games tennis event as fifth seed David Ferrer lost in the first round in Beijing on Monday.

The Spanish world No.4 went down 7-6(8), 6-2 to talented Serb Janko Tipsarevic at the Olympic Tennis Center.

That means one fewer seed to negotiate in the top half of the draw for Roger Federer, who came through his first round unscathed.

The world No.1 from Switzerland put recent disappointments behind him by beating Russias Dmitry Tursunov 6-4, 6-2.

“I played well, hit some great winners, got some good balls back,” said Federer. “I was playing very solid.”

At the other end of the draw, second seed Rafael Nadal made his Olympic singles debut with a 6-2, 3-6, 6-2 win over Italian Potito Starace.

Nadal, who will become world No.1 on August 18, will take on Lleyton Hewitt in the second round after the Aussie beat Swedish veteran Jonas Bjorkman 7-5, 7-6(2).

Later in the day, Andy Murray showed why no opponent should be underestimated when he crashed out in straight sets to Chinese Taipei’s Yen-Hsun Lu 7-6(5), 6-4.

There were no such slip-ups from third seeded Serb Novak Djokovic, however, who outplayed American Robby Ginepri 6-4, 6-4.

In the womens singles, American Serena Williams began her campaign successfully as the fourth seed took care of Belarussian Olga Govortsova 6-3, 6-1 in their held-over first round clash.

She was followed into the second round by sister Venus, the seventh seed breezing past Switzerland’s Timea Bacsinszky 6-3, 6-2.

Second seed and new world No.1 Jelena Jankovic was one of the last singles on court but she wasted no time in getting the better of doubles specialist Cara Black 6-3, 6-3.

There were two big upsets late in the day, though, when third seed Svetlana Kuznetsova from Russia and 11th seeded Hungarian Agnes Szavay both lost.

Wimbledon semi-finalist Zheng Jie carried Chinese hopes into round two when she beat Szavay of Hungary 4-6, 6-3, 7-5 while her compatriot Li Na shocked Kuznetsova 7-6, 6-4.