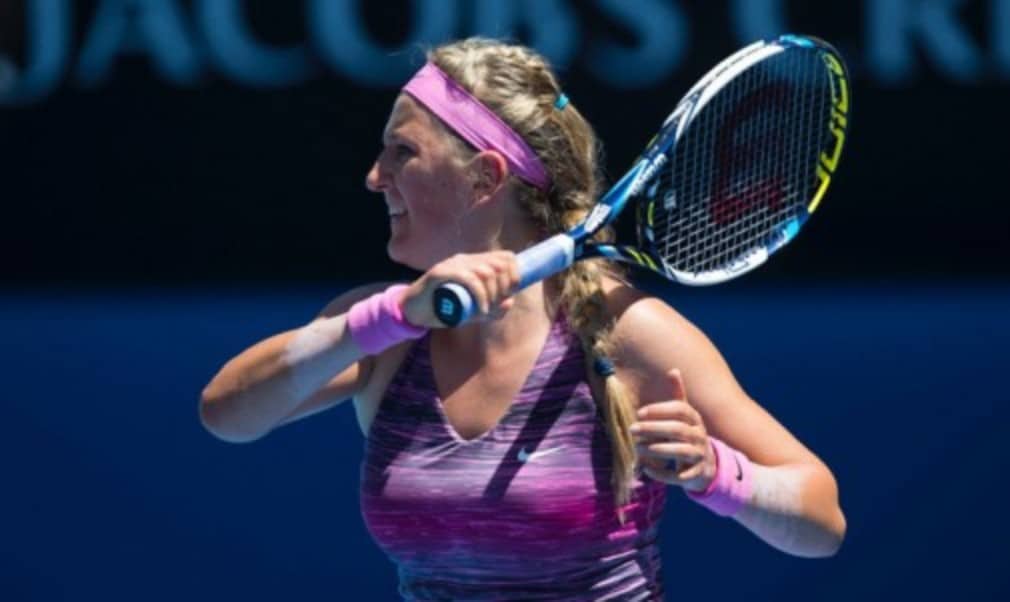 In the first match on Rod Laver Arena, the world No.2 laboured in the searing heat as she battled her way to a 7-6(2) 6-2 win over the Swede.

“I think the conditions, with the ball bouncing a lot higher, suited her,” Azarenka said. “It took me a little bit of time to adapt and find my range and find my hitting zone.

“She played really well, she went out for her shots, [she’s] a very talented player. I was expecting a tough match – it’s never easy. And when you play somebody who is a lot higher in the rankings, you have nothing to lose."

"It felt pretty hot,” she added. “Like you’re dancing in a frying pan or something like that.”

Next up for the two-time champion is Barbora Zahlavova Strycova, a 6-1 4-6 6-1 winner over Hsieh Su-Wei.

Playing in only her third tournament since Wimbledon last year, Maria Sharapova survived a dogged fightback from Bethanie Mattek-Sands to reach the second round with a 6-3 6-4 victory.

Sharapova, a champion in Melbourne in 2008, powered to a 4-0 lead in the second set, but was pegged back by the American, who made the third seed work for the win.

“I was happy just to play, despite the heat or anything,” Sharapova said. “I’ve been out of the game for a while, so I was happy to be back in a Grand Slam atmosphere.”

Caroline Wozniacki eased past Lourdes Dominguez Lino 6-0 6-2 in just 66 minutes, but fifth seed Agnieszka Radwanska was made to work for her 6-0 5-7 6-2 victory over Kazakhstan’s Yulia Putintseva.

Jelena Jankovic was a comfortable 6-1 6-2 victor against Misaki Doi, while No.11 seed Simona Halep raced to a 6-0 6-1 win over Katarzyna Piter.