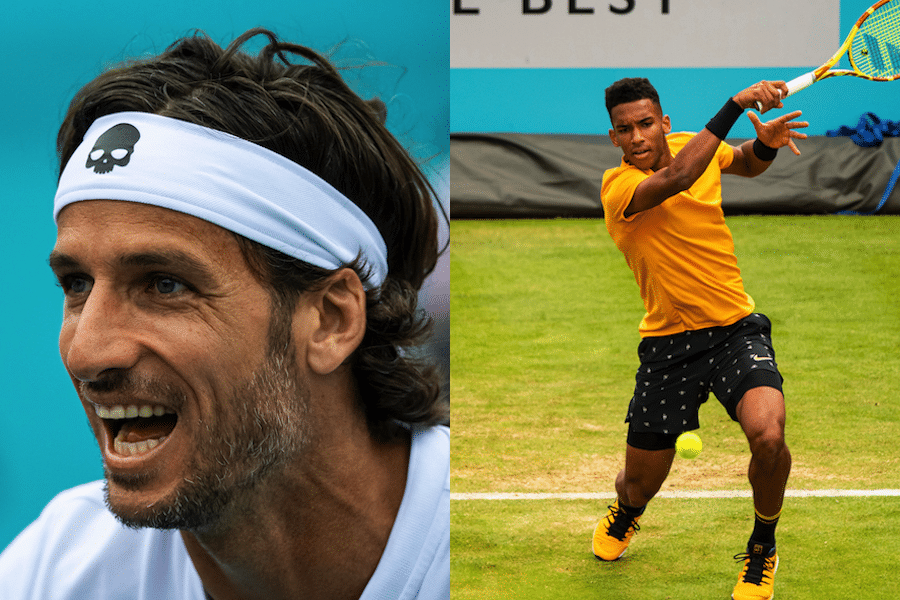 Felix Auger Aliassime and Feliciano Lopez at the 2019 Wimbledon: two records broken by two players at very different stages in their careers but both equally worth celebrating

The 2019 Wimbledon is up and running but for two players in the men’s singles draw there will be very mixed emotions. Feliciano Lopez is the first player to every play in 70 consecutive Grand slam mens signees events. Felix auger-aliassime is the first man born in the year 2000 to ever play in the mens singles at Wimbledon.

Lopez is breaking a record held by Roger Federer who managed 65 consecutive Grand Slam appearances before breaking his streak at the French Open. He will be very proud of his career and this record and no doubt looking forward to the next stage of his tennis career which includes a new role as tournament director of the Madrid Open.

Felix Auger-Aliassime, the Canadian youngster currently bursting up the rankings, was born on 8th August 2000 so will only turn 19 later this year. He’s the youngest player in this years mens singles draw.

He opens his campaign this year against fellow Canadian Vasek Pospisil whilst Lopez faces American qualifier Marcus Giron. Both players will be desperate to continue their electric form from Queens club where Lopez was crowned champion after beating Auger-Aliassime in the semi-finals