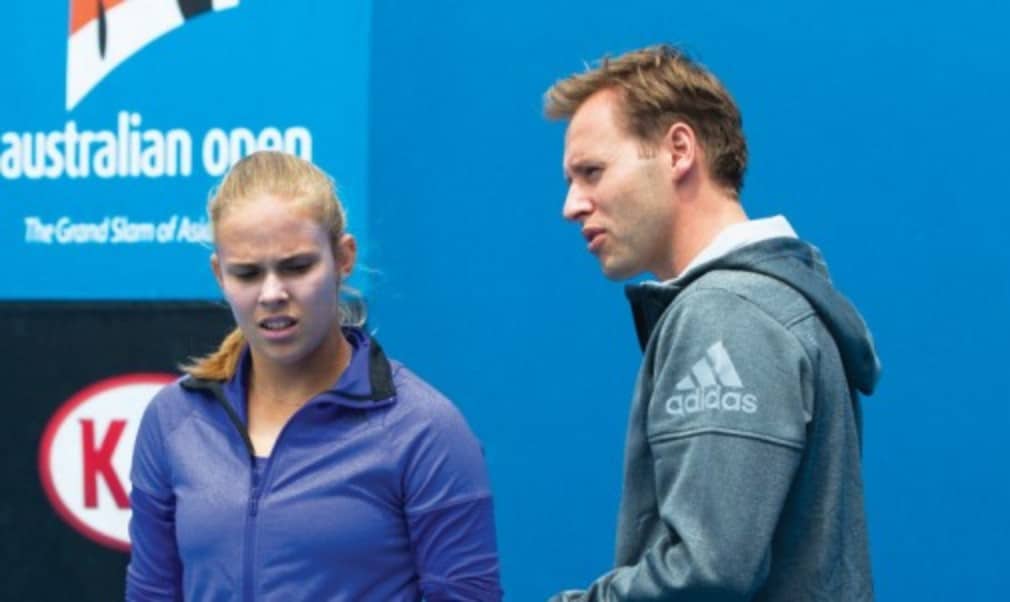 One of the most critical times for a coach and player is during the moments after a defeat. In the lead-up to a tournament there are so many distractions. Sometimes you can have a conversation with your player but they're so pre-occupied that you might as well be talking to the chair.

In those moments after they have lost a match, though, there is a window of opportunity. Emotions are raw, there is sense of urgency, and they will look to you for advice. There’s no point talking in clichés and flattery – this is when as a coach you really earn your money. Being honest is not always easy.

In my job I get to observe practice sessions and sit in a player’s box, I get to hit on court, and talk to colleagues, players, their parents and agents. But sometimes there are moments where a player is really open for a conversation, and that’s when hopefully they will take advice on board and learn from the situation.

I had one of those conversations recently with a junior player and her father, who I know through the adidas Player Development Program. She is very talented, but is a bit like a rough diamond. She still has some work to do to reach her potential.

She had lost a match, she was in tears and they were having an argument. Her father was disappointed because he felt she had not executed their game plan. I just happened to walk by and so was able to offer a different perspective on the performance. Sometimes a 10-minute conversation with someone is more valuable than six months travelling with a player.

I had not seen the entire match, so I could not judge who was right or wrong, but I was able to offer a different look. In a situation like that, where I was not emotionally attached, it is easier to be frank. We talked about how important it is to have structure, especially at her stage in her career.

All players hate to lose. Often the fear of defeat is what drives them more than the joy of winning. We talked about making choices. It can be hard to do, especially if you are involved with a player on a day-to-day basis, but you always need to look at the bigger picture. I think that is what the best players are able to do – they always know what they are trying to achieve, whether it is out on court, in their physical training, their nutrition or their scheduling. There is always a purpose to everything they do. Even at the age of 15, juniors have to think like this already. It can be tough for parents who do not have a tennis background. My father is a great coach but did not have experience at the top level.

When a parent is that involved in their child’s career, they often need a consultant or an advisor more than a coach. Some coaches try to banish the parents from the court, but I try to work with the parents rather than against them . You have got to work in a complementary way – it is important to work as a team.

One day you need to be a friend and offer a shoulder to cry on, but on other occasions you must be a disciplinarian. Maybe you have to stop the practice session, and say, 'OK, this is not acceptable.' I think you need guts to do that because the players think they are the boss, which in a way they are because they are the employer. On the other hand, though, players have to learn to have confidence that their coach knows best and to trust the people around them.

This article originally appeared in tennishead Volume 6 Issue 2.  Mats Merkel writes a regular column for tennishead. To read more from Mats, subscribe to the magazine today or download the latest digital magazine, available on Apple and Android devices.