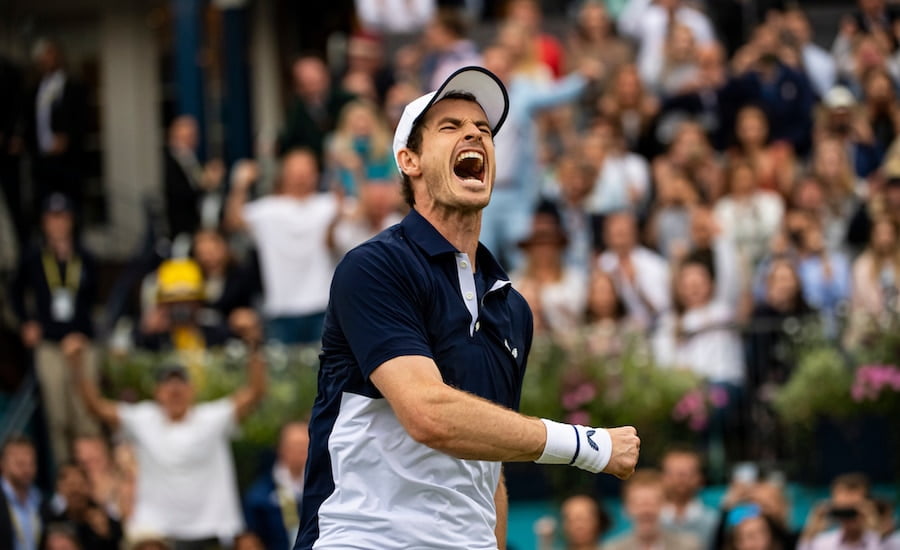 Andy Murray has set up an all British clash in the second round of the China Open after an assured and confidence boosting victory over world No.13 Matteo Berrettini from Italy.

This was undoubtedly Murray’s toughest test in terms of quality of the opponent since his return to the competitive singles court. The most exciting aspect of the win for Murray will surely be the confidence with which he moved around the court but his coaching team may well also point to the control he showed during crucial moments of the tie breaks in set 1 and 2.

Berrettini is a rising star of the game having risen from No.54 in the world to his current position of 13 in just 9 months, but he lacked the consistency needed to beat someone with Murray’s style and tried one too many drop shots to overcome the experienced ex-World No.1.

Murray now faces Cameron Norrie, a Brit who he has never played before. Norrie came through against Cristian Garin after the Chilean player retired early in the second set.

This was Andy Murray’s second tournament in a string of 4 consecutive tournaments that he hopes will get his game back to somewhere near the level it was when he reached the summit of men’s tennis back in 2016. On this evidence Murray has every chance of challenging again for big tournaments, an opinion shared by Murray’s friend Tim Henman when he spoke exclusively to tennishead last week