Andy Murray has just achieved something he hasn’t done for nearly a year, win consecutive matches in a tournament on the main ATP Tour, but he’s still unsure about his ability to play at a decent level for multiple matches in one week.

Murray was speaking after his encouraging first round victory against world No.15 Matteo Berrettini when he was asked if he was surprised at how well he’s been playing. Murray replied, “In terms of actually my game, last week was a big step for me. Now I just need to try and get the matches, get them consistently, so that I’m used to playing three, four matches in a week. Right now, at this level, I don’t know if I’m ready to do that or not. So the more I can get through these sort of matches like I did today, I’ll get there a little bit quicker.”

This morning, Murray overcame fellow Brit Cameron Norrie in 3 sets in the first ever meeting between the two players. Murray will now face the winner of top seed Dominic Thiem and local favourite Zhizen Zhang.

With a current world ranking of 503 Murray is still reliant on his protected ranking to enable him to enter these tournaments but if he can carry on winning against much higher rankled opponents then his ranking will rise quickly over the coming weeks. 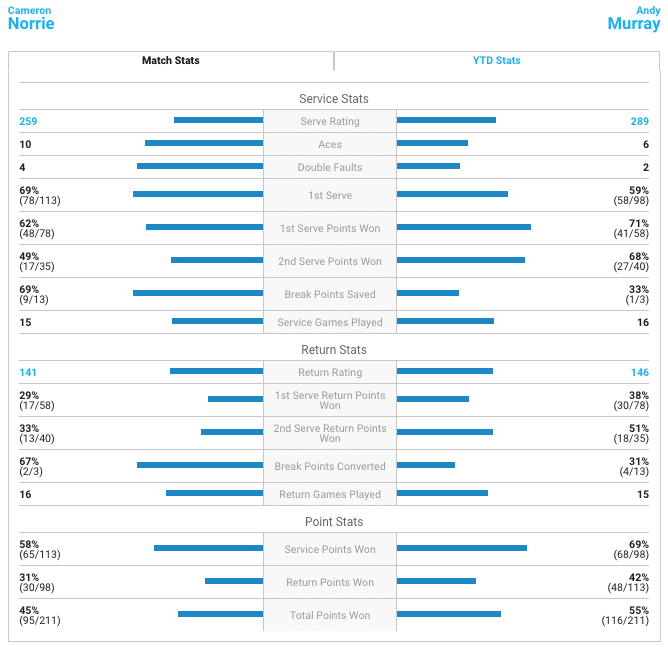