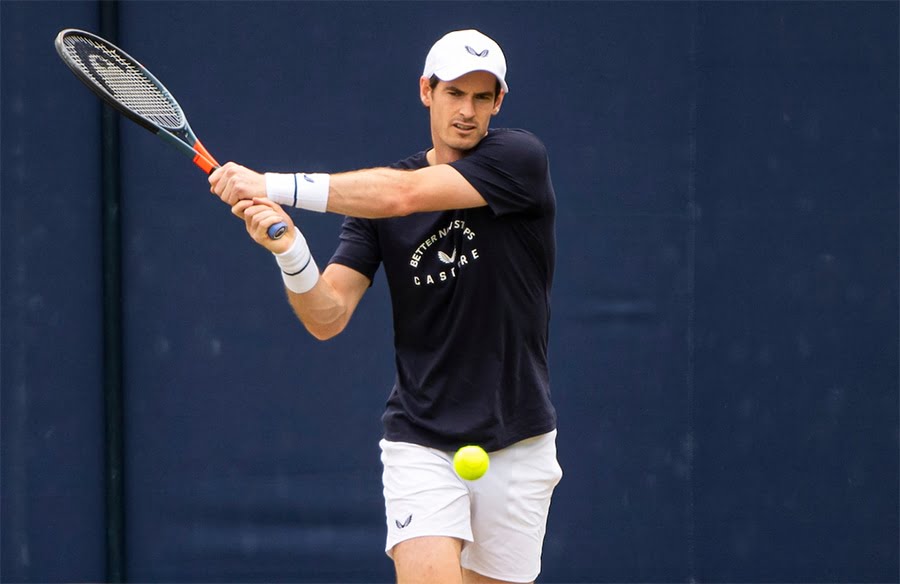 Andy Murray says he is ‘considering’ making his comeback to singles competition in Glasgow – at the event renamed in honour of his family’s contributions to tennis.

The former British and world number one is packing his schedule with doubles competition for now as he gives his surgically-repaired hip a proper stress test.

That schedule will also no include a return to Wimbledon, where he will partner Pierre-Hugues Herbert in the en’s singles.

He, though, has said his ultimate goal is to return to singles competition, and he’s starting to look at ways to make that a reality.

“It’s definitely something I would consider and see where I’m at physically,” he told the BBC on the possibility of him playing the Murray Trophy in Glasgow, which begins in September.

The event is a Challenger level event on the ATP Tour, and Andy Murray says that very much works in its favour.

Oh how we’ve missed this! ?

“Maybe as well, starting at a slightly lower level of singles might not be a bad idea.

“That’s one of the things that’s sometimes quite hard with tennis, often when players come back you go straight back in to playing a full three-set match at the highest level. It’s not like other sports, where you can build up and play one set and pull out.

“So maybe something I’d consider is dropping down a level and building up there to try and get multiple matches in a week and see how my hip responds.”

Murray’s caution is probably well-founded, with the likes of Stan Wawrinka, Jo-Wilfried Tsonga, and even Novak Djokovic struggling to get up-and-running again on the full tour after injury.