Andy Murray confirms two plans for imminent return to singles, could be as soon as 11th August

Andy Murray will be playing tournament singles again either at Cincinnati or immediately after the US Open. Speaking in an interview with Catherine Whitaker on Amazon Prime as the crowds were leaving Queen’sClub and after his emotional win with Feliciano Lopez in the doubles at the Fever Tree championships he explained that, whilst he’s in no rush, he intends to start playing competitive singles again either after a few more doubles events during the US Open swing of tournaments or earlier than that at the Cincinnati tournament starting on the 11th August.

Murray explained that the first option involves continuing his doubles tournament play all the way through to the US Open whilst practicing his singles at the same time. This would mean he would return to the singles tour sometime in September after the US Open, possibly in China at one of the three tournaments played there.

The second, and more exciting option for Murray fans, he said would be for him to start practising his singles immediately after Wimbledon and then play the Cincinnati Open starting on the 11th August. 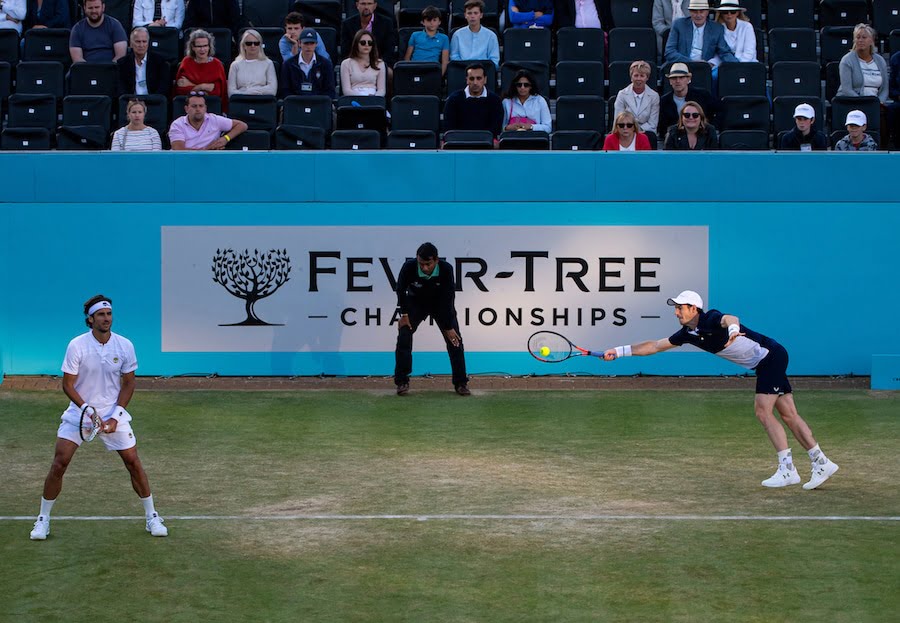 He explained that he doesn’t feel any pressure to return quicker because he feels fit and strong and his having no negative feelings from his hip after playing this week at Queen’s.

“If I keep progressing, I would like to try to play singles,” he said.

“I think I have a couple of options after Wimbledon – either I continue with doubles but start training and practising singles through the US Open swing, and then try and maybe play singles after that.

“Or I take a longer break post-Wimbledon of maybe, let’s say, a month or six weeks, to get myself ready for singles, and then try and play close to the US Open time.

Murray was speaking alongside Feliciano Lopez after the completed an extraordinary victory in the men’s doubles at Queen’s Club. Until this week they hadn’t played together but managed to beat a number of experienced doubles pairs including the top seeds during the week. This was against a backdrop of huge excitement from the crowd at seeing their favourite British player back on the court and also his partner Lopez managing to win the singles event during the same week.