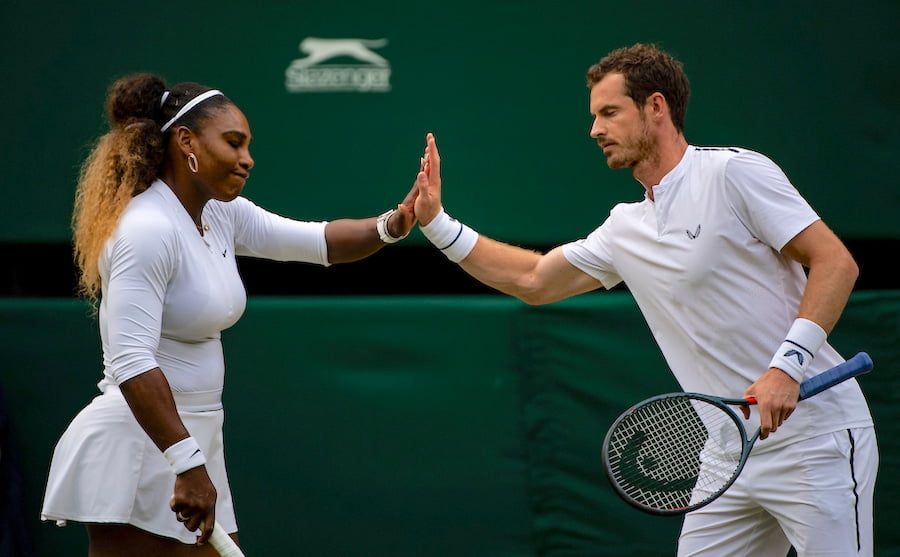 The highly anticipated match was put on Centre Court after Roger Federer won in just over two hours against Frenchman Lucas Pouille. On his Wimbledon return following hip surgery earlier this year, Murray lost in the men’s doubles earlier today after he and his partner Pierre Hugues Herbert lost in four sets to Croatian 6th seeds Franko Skugor and Nikola Mektic.

Williams also played earlier today as she beat Julia Goerges 6-3 6-4 in the Women’s singles third round.

Both Guarachi and Mies lost in the first rounds of the women’s and men’s doubles matches, however Mies and partner Kevin Krawietz won the French Open men’s doubles earlier this year.

The last time Murray played on Centre Court was two years ago when he lost in the singles to Sam Querrey after five gruelling sets. The Scot had been in severe hip pain which led to his recent absence from the sport, and surgery after a brief return at the end of last year and start of 2019.

Murray and six time women’s singles champion Serena Williams looked comfortable in the first set and broke the Mies serve in the first game to take a 1-0 lead. The pair both held serve throughout the set, defending their early break. At 5-4 up Murray served the set out with help from some Williams volleys at the net.

Injuries have also meant Williams’ schedule has been more reduced than usual in 2019, so playing mixed doubles has meant she can get some more match time in her campaign to win a 7th Wimbledon singles title and first singles Slam for more than two years.

In a repeat of the first set, the British and American pairing broke the Mies serve to take a 1-0 lead in the second, after a fortunate net cord from a Williams backhand. Following a stronghold from the two time men’s champion, his pairing broke the Guarachi serve to secure a double break and 3-0 advantage.

Doing well to save three break points on the Williams serve, Murray and the 37 year old streamed to a 4-0 lead. And after a Murray hold of serve they broke the Guarachi serve for a second time to win the match.

Next up for the crowd favorites are 14th seeds Fabrice Martin of France, and Raquel Atawo of USA.