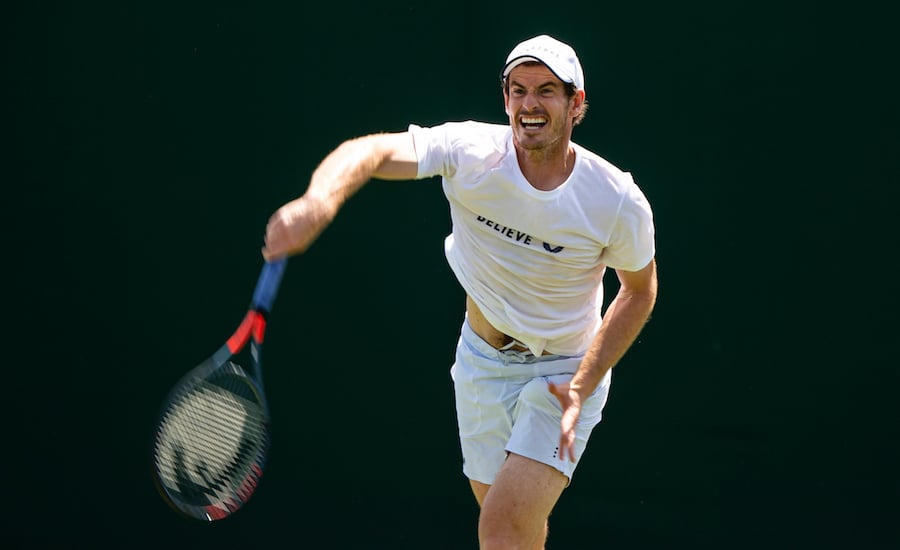 Analysis: Andy Murray must improve his serve if he’s to continue this improbable return to form

Andy Murray nearly broke tennis Twitter yesterday with the excitement over his 3 set victory against Stan Wawrinka which landed him the trophy in Antwerp, but now he needs to focus on the detail if he’s to continue this return to the big time, and his serve is where he should start

Andy Murray has risen to No.127 in the world rankings after his superb week in Belgium left him holding a trophy again.To get back to this point he’s had to overcome a career threatening hip injury and surgery that most mere mortals would never have recovered from let alone got themselves back into a state of mind and body capable of winning ATP Tour tournaments.

Now the unimaginable ha been achieved Murray will need to reset his goals and figure out what he wants to accomplish over the last few years of this already incredible career he’s had. Whatever he decides he wants to aim for, improving the small details of his game will no doubt be his focus as in such a competitive sport it’s the small differences that matter.

Every male player in the top 150 can run all day, rally for hours, hit screaming down the line winners and do it again the next day, but for Murray to get back into the elite of world tennis he’ll have to improve his serve.

Murray’s first serve and second serve have never been his biggest weapons but he’s managed to get them to a level that he can still beat nearly everyone he plays however now he’s getting older and is probably a step slower than before, he’ll need to win some easy points more often, and that means serving bigger. He’ll also need to reduce the number of times he’s on the back foot immediately in the rally due to a weak second serve.

Can he do this? Of course he can. Nadal and Djokovic have both changed their service actions late in their careers and have come back stronger.

Murray already knows what he needs to do as he said in his interview after the Copil match:

“I just need to improve the serving, and if I do that then I’ll give myself a lot of chances in matches.”

“It’s just difficult [in] tennis, because you don’t get the opportunity to just come in and play one set like you might in other sports and build up your fitness by playing a little bit longer each time,”

“You need to get it through playing matches and maybe at that stage I just wasn’t quite ready physically for long matches.

“But now obviously my body’s getting a little bit more used to it and coping fairly well.”