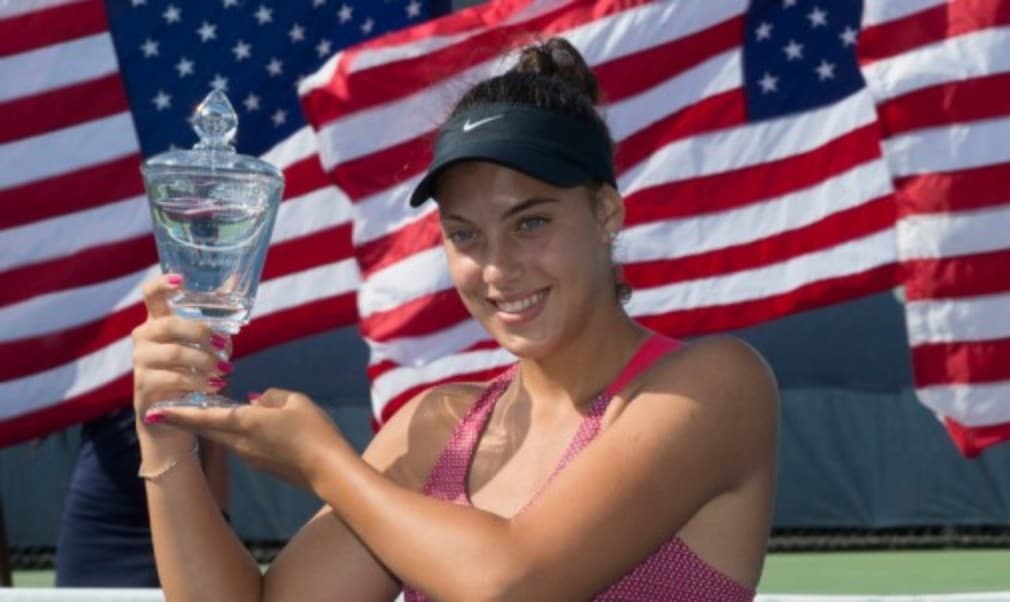 "I would be very surprised if she was not among the top 10 players in the world,” observed former Wimbledon champion Goran Ivanisevic in December 2012 after 14-year-old Ana Konjuh became the youngest girl to sweep the prestigious junior Eddie Herr and Orange Bowl titles. High praise indeed for the Croatian teenager, who won seven singles and two doubles titles on the junior circuit in 2012, often beating players nearly four years her senior.

Konjuh announced her arrival on the WTA Tour in style, claiming a shock win over top seed Roberta Vinci in Auckland, beating a player more than twice her age and almost 250 places higher than her in the rankings. Buoyed by her success in New Zealand, Konjuh qualified for the main draw of a Grand Slam at the first attempt, at the Australian Open, beating three higherranked players in qualifying before coming up against No.4 seed and eventual champion Li Na in the first round. In spite of her 6-2 6-0 defeat, Konjuh broke into the world’s top 200 for the first time.

As a qualifier at Wimbledon she beat world No.68 Marina Erakovic to win her first Grand Slam match, before becoming the youngest player to reach the third round of a major since Jelena Dokic in 1999 with victory over Yanina Wickmayer. Her run came to an end at the hands of Caroline Wozniacki, but in spite of her straight-sets defeat, she did enough to impress the former world No.1.

“She’s definitely someone to look out for in the future,” said Wozniacki. “I think she’s going to be very good. She has some very powerful groundstrokes and a huge serve. “Obviously the experience will come with the years. With experience you get to know as well when you’re in different positions on the court where to hit it, sometimes just to play it back in deep, and movement. I think she has a very good foundation in her game. I have no doubt that we’ll be hearing her name a lot in the future.”

This is an excerpt from Hot Stuff: Ana Konjuh. To read the full article, get your hands on a copy of our October 2014 issue (Volume 5 Issue 5) on sale now! Subscribe to the magazine today or download tennishead on iTunes.