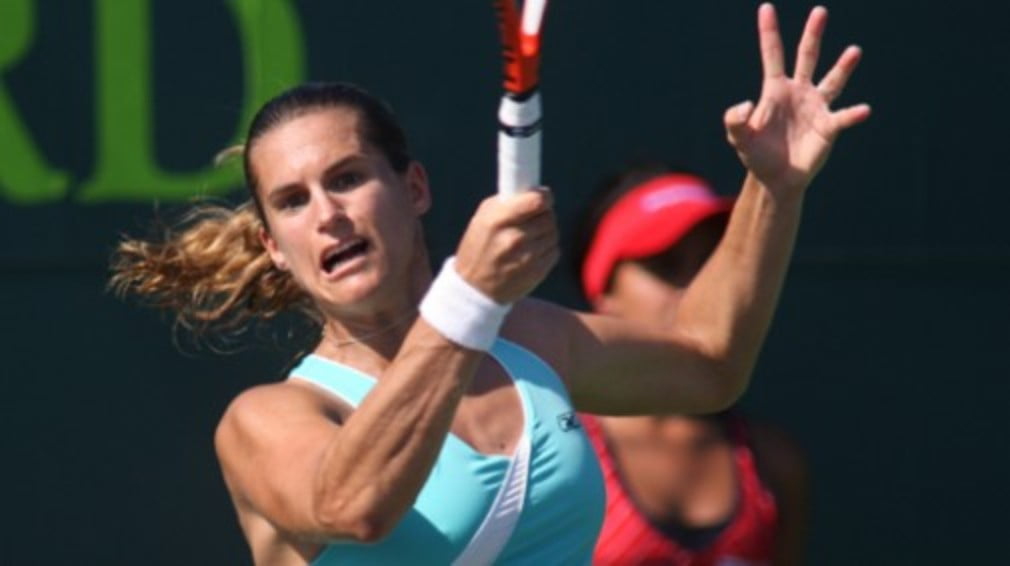 Amelie wins battle of the French

The victory earns her a shot at Aussie Sam Stosur in round two. Stosur ended the hopes of British wild card Katie OBrien with a 6-4, 6-3 victory over the Yorkshirewoman.

Eighth seed Nadia Petrova found the going easy against Israels Shahar Peer with a 6-2, 6-2 win, while fifth seed Victoria Azarenka pulled out after a set of her first round contest against Aravane Rezai with a left knee injury.

There were also wins for La Ni over Aussie Casey Dellacqua, and Argentine Gisela Dulko who beat Tathiana Garbin.

In Nottingham, The Slazenger Open second seed, Paul-Henri Mathieu, tumbled out in the first round when he was sent packing by Croatian teenager Marin Cilic 1-6, 6-4, 6-3.

The fourth seed and defending champion Ivo Karlovic eased into round two with a 6-3, 6-4 success over two times winner Jonas Bjorkman to make it a great day for the Croats.

Im pleased because I won and also I was playing well so its a good continuation from last week in preparation for Wimbledon, said Karlovic.

It was difficult because he is a good server and he also plays good volleys but I returned well and I took my chances.

The Ordina Open, a mens and womens grass court event in the Netherlands, is also in full swing.

There was bad news for Tennishead blogger Anne Keothavong when she lost 7-6(5), 6-2 to Sara Errani from Italy in round one.

The 24-year-old Londoner had a good end to the day, though, when she teamed up with Sofia Arvidsson to win their first round doubles match.

Young Dutchwoman Michaella Krajicek gave the locals plenty to cheer about when she took out Ai Sugiyama 6-1, 5-7, 7-6(7), while seeds Francesca Schiavone and Flavia Pennetta both crashed out.

Fourth seed Schiavone went down 6-3, 6-4 to Ashley Harkleroad, while fifth seed Pennetta lost to Indian superstar Sania Mirza, 6-4, 6-3. Mirzas victory marked her first on the Tour since her three-month lay-off with a wrist injury.

In the mens event Richard Gasquet continued to get his season back on track with a 6-2, 7-6(3) win over Olivier Rochus.

The second seed was joined in the second round by fourth seed Ivan Ljubicic and seventh seed Guillermo Canas.