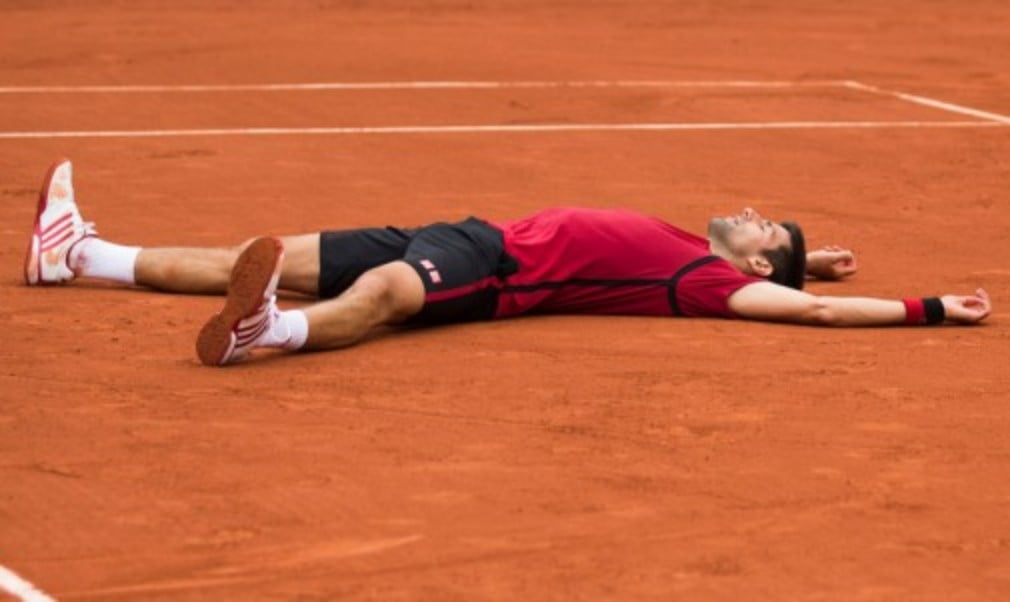 Since winning the 2011 US Open, Roland Garros had been the only major eluding Novak Djokovic. On four occasions he arrived in Paris bidding to complete in his career Grand Slam, only to fall at the final hurdle on three of them.

But at the fifth attempt, Djokovic sealed his place in the history books as he defeated Andy Murray 3-6 6-1 6-2 6-4 to win the French Open for the first time in his career to become only the eighth man in history to win all four majors.

In winning his 12th Grand Slam title, the Serb has also became the first player since Rod Laver in 1969 to hold all four majors at the same time.

"It's a very special moment, the biggest of my career," said Djokovic. "I felt today something that I never felt before at Roland Garros, I felt the love of the crowd.”

Murray threatened to foil the three-time finalist's Grand Slam bid as he took the opening set on Court Philippe Chatrier. However, the Scot was unable to convert a break point early in the second to cement his advantage, and Djokovic took control before converting his fourth match point and falling back onto the clay in celebration.

"To Novak, this is his day," Murray said. "What he’s achieved in the last 12 months is phenomenal; winning all four Grand Slams at once is an amazing achievement. This is something that is so rare in tennis. For me personally, it sucks to lose the match, but I'm proud to be part of it today."